CHINA is worried over the Taliban promises to crack down on the Uyghur separatist group East Turkistan Islamic Movement (ETIM). The Afghan Taliban spokesperson Suhail Shaheen said in an exclusive interview with the Chinese English daily the Global Times on September 9, that many ETIM members had been told to leave Afghanistan because the Taliban had categorically told them that Afghanistan can’t be used to launch attacks against other countries.

The statement drew immediate attention from China, with Chinese authorities raising concerns over the fate of the Uyghur separatist group after the Taliban took control of Afghanistan, reported The HK Post.

China has branded ETIM as “the most dangerous and extremist terrorist groups that aim to split the Xinjiang region from China, the ETIM has been accountable for hundreds of terror attacks in China, especially in Northwest China’s Xinjiang Uygur Autonomous Region.”

The Taliban statement has raised doubts over the sincerity of the Taliban regime, with China now wary on whether the Afghan Taliban will keep its promise to crack down on the ETIM remains uncertain, reported The HK Post.

Chinese authorities have long accused the ETIM of developing close ties with international terrorist organizations, including Al Qaeda but have offered little proof of their activities.

China has over the past few decades, claimed that ETIM has scattered across Afghanistan, Iraq and Syria and other countries in the Middle East, Central Asia and Southeast Asia, however, the elements of ETIM has not been involved in any major terrorist strike in the recent past, reported The HK Post.

Since Pakistan and China were the first countries to recognize the Taliban regime, the ETIM fighters are reportedly relocated out of Afghanistan, to Pakistan, Kyrgyzstan and Tajikistan, China is wary that the Taliban which supported the ETIM at the border has provided safe passage to these fighters instead of handing them over to China.

Shaheen’s remarks have come to haunt the Chinese diplomats and security experts. China being at the forefront of engaging with the Taliban appears to be in shock at the Afghan Taliban backtracking in its commitments to China at the very beginning of the newly found relationship, that too on the issue at the core of the so-called Chinese security interests, The HK Post.

In response to Shaheen’s remarks, Chinese Foreign Ministry spokesperson Zhao Lijian took serious note of this issue, when he told a press conference on September 10 that China has raised issues related to ETIM with the Afghan Taliban on multiple occasions, and hoped that the Afghan Taliban will honour their commitments, seize ties with ETIM, and take effective measures to resolutely crack down on these terrorist organizations within its territory.

Despite Chinese concerns about the Taliban’s relations with ETIM, the facts on the ground show that the so-called threat from the Turkic militant group comprising of Uyghur minorities from Xinjiang to China is exaggerated.

The Chinese authorities are completely in control of the security situation in the restive region of Xinjiang. Chinese oppressive policies such as forced persecutions, mass arrests, indoctrination of communist values, sinicization of religion, banning Islamic rituals, imposing cultural and linguistic restrictions and making demographic changes, resulting in ethnic Uyghurs being scuttled to a minority has considerably improved the security situation in China’s favour, reported The HK Post.

Meanwhile, the gamble China took to bring Afghan Taliban on its side may be failing at least in terms of finding favours on the ETIM issue, as the Taliban checkmated China over its ETIM ‘brothers in arms’.

ETIM is a grave national security threat to China

In a report, the International Forum for Rights and Security (IFFRAS) highlighted that ETIM is basically an Uyghur group with a key objective of self-determination for the ethnic Uyghur community of Xinjiang province in China and the creation of an autonomous ‘East Turkestan’ out of it.

Uyghurs are largely a Muslim ethnic population of about 13 million that China assumes to be harbouring extremist views combined with secessionist tendencies.

Xinjiang is of immense importance to China’s Belt and Road Initiative (BRI). The BRI is a trillion-dollar infrastructure project along the lines of the ancient Silk Road that aims to expedite both economic growth and connectivity in the Eurasian region, largely to China’s advantage, reported IFFRAS.

In fact, four of the six route networks constituting the BRI, pass through Xinjiang, connecting China with Russia, Central, Western and Southern Asia up to the Mediterranean Sea.

Owing to its strategic significance, China is wary that the ETIM will spread extremism in the province which could be a potential threat to its BRI project.

According to an Asia Times report, ETIM is considered amongst the leading foreign terror groups operating in Afghanistan. The United Nations had categorized ETIM as a ‘terror organization’ since 2002.

However, the Trump administration removed the group from America’s terror list in November 2020 citing lack of credible evidence on its existence, reported IFFRAS.

The draconian measures adopted by the Chinese state to suppress Muslims in Xinjiang amounts to unimaginable crimes against humanity. This includes door to door search and illegal detention of Muslims in ‘internment camps’.

The detainees have to undergo forced education, where they are indoctrinated to disavow Islam, forgo using their language and other cultural practices and study Mandarin Chinese language and Communist Party propaganda.

One could possibly fall short of words to describe the game that China has been playing to advance its foreign policy, particularly vis-a-vis Islamic nations.

On one hand, China is getting closer to the Islamic countries in Central and West Asia and even strengthening its bilateral relations with terrorist groups like the Islamic State group and the Taliban. On the other end, oppressive policies are being meted out to its Uyghur Muslim population within its own territory, reported IFFRAS.

In conventional terms, one would expect the Islamic states to unanimously stand against China in the name of the ‘Islamic Brotherhood’ but astonishingly, they are seen to be aligning with China leaving the Uyghur Muslims to fight a battle for survival, all by themselves, reported IFFRAS.

There are a few possible reasons as to why China enjoys such support from the Islamic world and particularly the Islamic State & the Taliban that usually act otherwise. First, China’s smart policy of commerce instead of military, unlike the US, seems to be aiding its interests in the region.

Second, China knows the art of using time correctly in diplomacy. Currently, its ties with the Islamic World are noted to have reached a historic high. China took quick steps to strengthen its ties with key Islamic states like Saudi Arabia, Pakistan, Turkey and Afghanistan.

Third, China has also over time strengthened its ties with the Taliban through frequent visits using its Pakistani contacts, reported IFFRAS.

Suhail Shaheen, Spokesperson of Taliban recently said that “We have been to China many times and have good relations with them. China is a friendly country and we welcome it for reconstruction and developing Afghanistan. If (the Chinese) have investments, of course, we will ensure their safety.”

According to a report in the Asia Times, China has been cautiously monitoring ETIM’s activities and has hastened to create mechanisms to keep a tab on it to ensure its control over Xinjiang, especially now with the US withdrawal from Afghanistan going into its final stages.

China has approached the very people who recruit Uyghur Muslims, to prevent ETIM infiltration into China, in return for financial aid, a move that could be perceived as either smart or naive, a difference that only time can tell. (ANI) 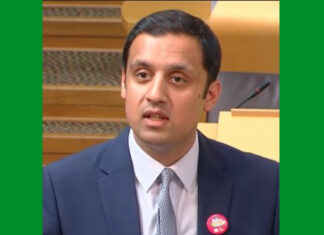