On December 30, 2020, more than 1,000 people led by a local cleric belonging to the Jamiat Ulema-i-Islam-Fazl (JUI-F) attacked, looted valuables and demolished the Krishna Dawara temple and the samadhi of Shri Paramhans Ji Maharaj in Teri of KPK’s Karak district. The Pakistan Hindu Council (PHC) had alerted the local administration about a protest and possible attack on the temple against the renovation work and resumption of visits by pilgrims. The administration had assured that such attempts would be stopped.

After the demolition, the police claimed that permission had been given for a peaceful protest, but the people had “taken the law into their own hands” after incendiary speeches riled up the crowds. This criminal negligence of the local administration led to the violent mob being able to demolish the historic temple and samadhi.

According to the FIR, the JUIF leader Maulana Mohammad Sharif incited the mob, saying that they would neither allow a Hindu shrine on the soil of Teri nor visits by Hindus; he encouraged the participants to destroy the shrine, saying, “Whoever dies while demolishing the shrine would be a martyr.”

Teri is a hill settlement in the Karak district of KPK, inhabited largely by the Khattak tribe. It houses the shrine of Shri Paramhans Ji Maharaj, a Hindu mystic who went to Teri a hundred years ago. During his lifetime, he had built a temple at Teri. Following his death in 1919, his followers added a room to house his samadhi. The Partition led to the migration of the Hindus from Teri, as from other parts of the province, but the shrine continues to have great significance for the Hindus as a place of pilgrimage. Two major festivals are held there and around 300-400 Hindus visit it every month.

In 1997, the temple was attacked by a mob led by the same Maulana Sharif who then occupied the temple, prevented access to the shrine and built a house in front. From 1997 to 2014, the temple remained closed, but was restored in 2015 on the direction of the Supreme Court. The court also ruled that the temple could be renovated and partially expanded to accommodate Hindus who came for worship. Consequently, the Hindu community rebuilt the temple through its own funds after the Evacuee Property Trust Board (EPTB) could not.

The destruction of the Karak temple is not an isolated example. In the past two years, several temples in Pakistan have been attacked and vandalised. Some examples include a Hindu temple that was demolished in Karachi’s Lyari; Shri Ram Mandir in Sindh’s Nagarparkar that was vandalised; an arson attack on the Sham Sundar Shewa Mandli temple at Kumb in Sindh’s Khairpur district. In July 2020, Islamic extremists blocked the construction of the Shri Krishna Mandir Hindu temple in Islamabad.

The Council of Islamic Ideology (CII) has now ruled that there is nothing in the constitution or sharia to bar the provision of a place of worship for a minority group. However, it remains to be seen whether the government would have the spine to stand up against the religious parties that opposed its construction earlier and demolished the boundary wall.

In the case of the Karak temple and shrine, Chief Justice of Pakistan Gulzar Ahmed took suo motu notice and called for an immediate report from the administration. Based on this, the Supreme Court, on January 5, 2020, ordered the EPTB to reconstruct the temple and recover the cost from Maulana Sharif.

On several occasions, Imran Khan has boasted that he would show the Narendra Modi government ‘how to treat the minorities’. On April 10, 2019, his government had pledged to restore over 400 Hindu temples. The PTI’s election manifesto promised protection for the Hindus, including their religious rights, and places of worship.

These tall promises have remained only on paper. Hatred against the minorities, especially Hindus, is deeply ingrained in Pakistan. The two-nation theory — that Hindus and Muslims constitute two nations, the basis for the creation of Pakistan — continues to be a part of the ‘ideology of Pakistan’. It is not only reinforced by the plethora of religious parties but also by the school curricula, wherein children are taught that Hindus, Christians and Jews are the natural enemies of Muslims. Not surprisingly, the US has designated Pakistan as a ‘Country of Particular Concern’ for engaging in or tolerating “systematic and egregious violations of religious freedom.”

There is also the larger issue about the Pashtuns and the societal transformation that has taken place over the decades. In the pre-Partition days, the samadhi was a symbol of interfaith harmony and religious freedom. During the Partition, there were hardly any communal riots in the then NWFP. The towering personality of Ghaffar Khan and Congress government in the province ensured that the Hindu migration to India was more or less without violence.

Yet, in the past two decades especially, there has been a spate of attacks on Ahmadis, Christians and Hindus. The Pashtun society would have to introspect why this has happened and where they have gone wrong.

The demolition of the Karak temple and of others again highlights the widespread bigotry and intolerance in Pakistan towards religious minorities and the inability or unwillingness of the government to do anything about it. Even if the temple and shrine are reconstructed on the directions of the Supreme Court, as it was in 2015, they will continue to be defenceless against future attacks by mobs led by the likes of Maulana Sharif.

For the minorities to feel secure, the Pakistan society will have to accept that they are as much a part of the state as are Muslims. Till that happens, the minorities will continue to be vulnerable and the white band in the Pakistan flag representing them will be meaningless.

(Disclaimer: The writer is geo-political analyst and author of three books on Pakistan. He is Member, National Security Advisory Board, New Delhi. The contents of the article are personal and not necessarily be agreed by the newspaper. Editor) 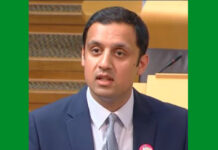