NATION is deeply hurt over the Sahiwal tragedy. If it had its way, it would have joined the aggrieved family’s protest out in the streets and would have torched everyone in uniform taking him to be villain of the piece. The tragic irony is when the CTD personnel involved in the mayhem failed to cover up their blood littered trail of horrendous massacre, their collaborators switched on a push button operation for orchestrating that those killed in their ‘legitimate encounter’ were terrorists and they had been tipped off to eliminate them by the premier intelligence agency as disclosed by PTI Punjab government minister.

That shameless ruffian masquerading as a PTI politician must have shamed his party Fuhrer Prime Minister Imran Khan by his callous statement that the little girl riddled with bullets was a collateral damage. I hope IK would not swallow his shit as an excuse to condone the killings and that he would keep his promise to punish the CTD criminals in a manner to teach all the uniform law-enforcers a lesson to be law abiding, respectful to life and not to be ruthless with civilians. I am confident that Prime Minister Khan whose initial reaction on seeing the parents being killed in front of the children was truly emotional and reflective of his genuine feeling of remorse deep down over murders most foul.

In 2016 when Chief Minister Shahbaz Sharif was in power in the province of Punjab a very big scandal exploiting children for sexual abuse was exploded. Initial reports indicated that lot of big wigs including Punjab assembly members belonging to PML-N were involved in running sexual orgies with youngsters belonging to poor families and making videos for export to international slut market. It was millions of dollars worth trade. How powerful were the tentacles of the master minds that immediately after the burst, their agents in the police and media came out with the defence of the criminals and the report by the JIT was neither here nor there. Some even blamed independent TV channels of making a mountain out of a mole hill—in a much similar manner that one is seeing in the defence of the CTD by retired generals, brigadiers and various forums in whatsapp groups obviously with their wires plugged in the right quarters. Believe it or not, supporters of CTD have even come up with the argument that such incidents do take place in advance countries as well but no populist rumpus is created.

Plethora of social media messages from dubious characters obviously known for their hand and glove relationship either with CTD or JIT or any other intelligence or security apparatus—are coming out vociferously in defence of the defenseless. Their very first sentence lets the cat out of the bag. ‘CTD has done wonders in fighting terrorism, one error of judgment by it in a single operation does not mean that the entire institution should be condemned and held responsible for the cold bloodied murder of four innocent persons including children on their way to attend a wedding’—is the general theme of the social media blitzkrieg in support of CTD criminals.

When I asked a friend in the knowledgeable quarters what is the purpose of CTD and when was it established I was told by him that “CTD was another landmark initiative. Highly educated corporals (1200 in number) were inducted and given most modern training with the collaboration of the armed forces and friendly countries. These corporals were meant to be deployed all over the Province to fight terrorism and various Lashkars that had their comfortable holes all over Punjab”. His disclosure further revealed that it was a sort of more modern Federal Security Force (FSF) of Masood Mehmood that was used by General Zia for the elimination of Prime Minister Zulfikar Ali Bhutto. Purpose of CTD creation was to establish a para military force that could be used in Punjab instead of Rangers but for the same purpose to maintain law and order and keep the political opponents tamed.

In this hour of grim tragedy some of the comments have been very amusing as well. One can’t beat them comparing Pakistani killing fields with one or two solitary incidents in UK that would have literally rocked the government, the army and its police services and resulted at least in a few resignations from those at the helm of affairs without asking. Indeed even God refuses to help where people don’t act on their own—this is what is believed. Another friend asked me will there be retribution and added that in the US Sahiwal happens literally everyday with no Accountability. Why do we kick up so much hullabaloo. To make his conviction strong, his masterpiece was “I haven’t heard of a white US cop being out on the electric chair. The maximum is he is sent home !!!”

I have borrowed the headline of my piece from a note by Abdul Quayyum Khan Kundi titled: ‘SAHIWAL INCIDENT AND LADLA’. Kundi Sahib is a leading lawyer known for his commitment to democracy and rule of law. He was also an old member of PTI (founder?), its parliamentary candidate and he is a man with independent thinking. His pieces are well-thought out, he has clarity of views and his expression too is flawless. In his analysis of Sahiwal tragedy the end result is that four citizens lost their lives and three children were orphaned.  What will happen next? A lot of selfies will be taken by the Ladla government officials and everyone in a position of power will issue a statement of condemnation as well as fake promises of ensuring such events would not be allowed to happen again. After all these high sounding statements this incident will be added to 100s of other such incidents when the state failed to protect citizens. Everyone will forget about it and we will all move on with business as usual mantra. Judges will be busy building dams, visit hospitals, and control population. They will have no time to visit police stations and reform judiciary as it is not something that attracts media and excites people…” 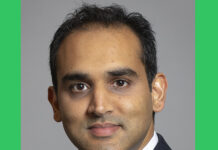